The French Minister of the Economy and Finance, Bruno Le Maire, stated that France will try to encourage other European Union members to adopt its cryptocurrency regulations.

According to Reuters, France will ask its European Union fellow members to adopt a regulatory framework on cryptocurrencies similar to the one it adopted last week.

The economy and finance minister Le Maire, who spoke at the Paris Blockchain Conference, said that he will propose to his European partners that they set up a single regulatory framework on crypto-assets inspired by the French experience. ‘Our model is the right one’, he added.

The new French cryptocurrency bill, which is the first of its kind adopted by a major nation, will allow firms that want to issue new cryptocurrencies or trade existing ones to apply for a certification, while providing them some official recognition, and of course while taxing their profits in return.

The certification will not protect investors against losses, however, it will provide them with basic guarantees against fraud.

A few days ago Chepicap reported that French lawmakers adopted a new law that allows the $2 trillion life insurance market to invest in cryptocurrencies, through the use of specialized professional funds.

The ‘Plan d’action pour la croissance et la transformation des entreprises’ law, which translates to ‘Action plan for the growth and transformation of enterprises’ was adopted last week Thursday by French lawmakers and will allow the insurance companies to offer life insurance policies exposed to cryptocurrencies, which is a first for a product so popular in France.

France’s government is making further serious commitments to the future of blockchain technology.

Le Maire added that the French government has ‘identified more than 200 innovative blockchain projects developed in France’, after a nationwide call for proposals. The investment promised will be rolled out gradually over the next five years, in an effort to make the country a global leader in blockchain, in order to compete with the Chinese and American technological giants. 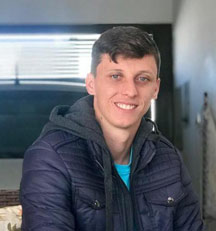 Steven Paul a finance graduate, working as a full-time cryptocurrency writer. He is actively working to spread awareness about cryptocurrencies as well as their impact on the traditional currencies.