No decisive signal on the charts as the premier cryptocurrency Bitcoin Creates Bullish Engulfing Candlestick, returning above the support level.

Currently trading at $38.7k, Bitcoin has successfully negated yesterday’s losses. On March 14 the Bitcoin had reached the low of $37.5k. It was the breach below the support level of $37.7k, set in since Feb 28.

Thanks to a swift rise in coin’s price Bitcoin created a Bullish Engulfing Candlestick, causing the premier cryptocurrency to trade above $38k again. Since January 22 the Bitcoin is following an ascending support line. Which, so far, has been validated multiple times. Bitcoin had intersected the ascending line on March 13, but it was not long term. Within the next few hours the coin was back above the support level. 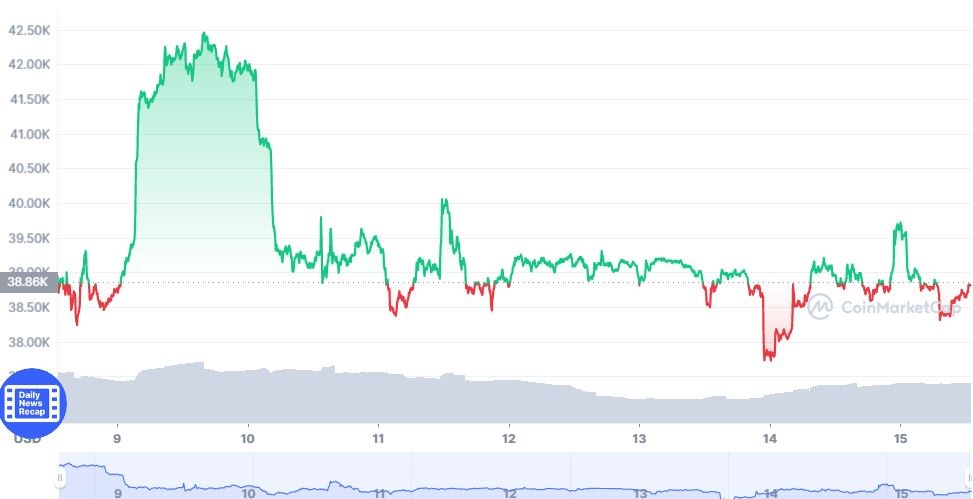 In the short term Bitcoin is also facing a descending resistance line that is in place since March 1 and currently intersects the price near $40.5k.

Bitcoin Stuck Between the Two Extremes:

What direction Bitcoin will take is largely dependent on the two stated price marks, $37.7k and $40.5k. However, what might come next is still ambiguous as charts show no such signal that could project the potential trading pattern. If the Bitcoin Crashes down below $37.7k the next stop will be at $34.4k. Whereas if the coin breaks above $40.5k the next resistance could be at $44k.

Besides, trading measures MCAD and RSI are also neutral at the moment. As they stand at 0 and 50 respectively. A strong neutral signal.

Moreover, during the past week we have seen a couple of very crucial developments. One that the US Fed issued an Executive order supporting crypto innovation in the country and second that yesterday the proposal requiring Bitcoin miners to follow a strict environmental friendly framework was stopped in the European Union.